Peja is another beautiful city in Kosovo, located in the west of Kosovo near the borders of Montenegro and Albania, located on the river Peja Bistrica, with wood, food and goat industry.

It is inhabited mainly by ethnic Albanians, who are primarily Muslims. It is famous for its mosques, narrow streets and old Turkish houses. Peja served as a local shopping center for farmers products.

During 2017, thanks to information brochures about Peja and its region, about 11 thousand tourists visited Peja, of which 6 thousand were foreigners.

Peja is rapidly developing a significant tourist infrastructure. Skiing is available at the Ski Center in Boge. One of the most exciting attraction is the Balkan Peak trail.

Illixhe, also known as Banja of Peja, is also located in the municipality of Peja in Kosovo. It is a tourist health center with services in the East and the region, highly developed infrastructure and all services necessary for a healthy life.

Peja experienced a boom in tourism with the new Zip Line and two Via Ferrata.

Peja is the only city in Kosovo that offers a high school education in art, and there is a school for visually impaired. In this city there are many mosques, churches, buildings that are attractions in the city.

The Peja Bazaar which is otherwise called Peja Market is a market located in the center of the city of Peja, nearby Peja Bistrica River in Kosovo. This market serves as the main market in the city of Peja. The main street of the market is known as Çarshia e Gjate (Long Baazar).

Peja is the perfect gateway for hiking in the terrifying Cursed Mountains or visiting a nearby canyon Rugova. The mountain ranges here are breathtaking, and the waterfalls are among the least visited in Europe.

Peja is one of the most successful cities in Kosovo sports. It’s a girl named Majlinda Kelemendi won the first Olympic medal for Kosovo in Yudoka at the 2016 Rio de Janeiro Games.

Rugova is a mountainous region located near the city of Peja. It has been inhabited since 12 centuries ago, until 2013.
It is declared a national park. This region, Ruogva, is very suitable for hiking, skiing, excursions and more. Rugova is rich in many relief elements such as caves, waterfalls, glacial lakes, tunnels and high peaks. With Qafa e Qyqes you are in the position to observe the whole city of Peja, while the highest peak is Hajla with 2403m. Rugova offers good living conditions, although the population is drastic reduced.

In Rugova, there is the Great Lake which is otherwise called Red Lake, the beauty of this lake will leave you breathless. If you are visiting Peja and the surroundings of Peja, don’t miss it without visiting this Great Lake. Anyone who loves nature, has car, can easily visit. It is located at an altitude of 1970m, which is surrounded by high hills and rocks.

VIDEO OF THE PEJA BEAUTY 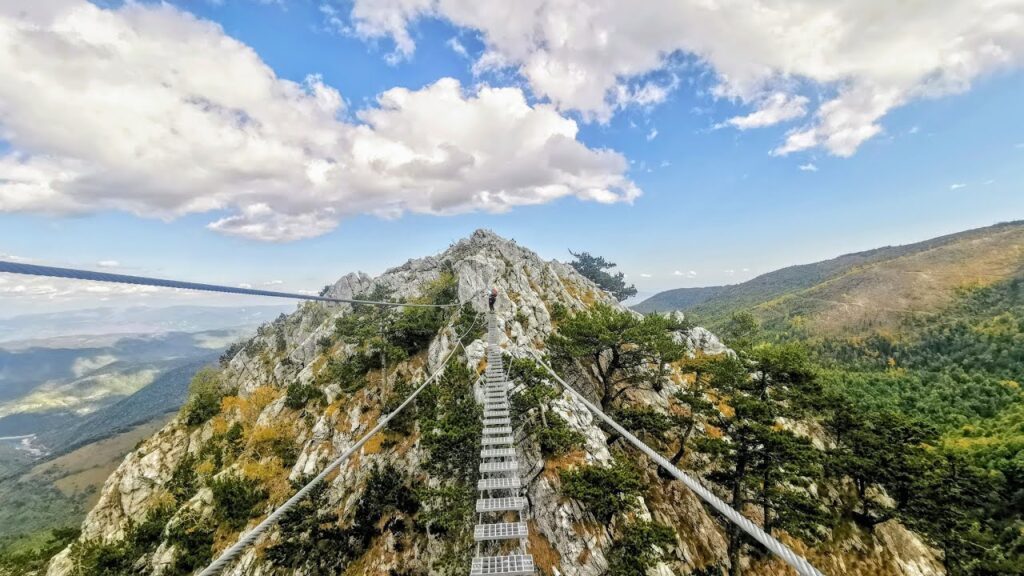